Laid in America is a 2016 British comedy film starring by British & YouTubers stars KSI and Caspar, along with comedian Bobby Lee. The movie was created by Sam Milman and Peter Vass.

Two foreign exchange high-school students are kidnapped during their quest to get laid on their last night in America. 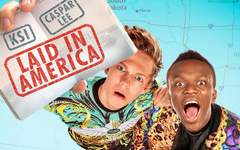 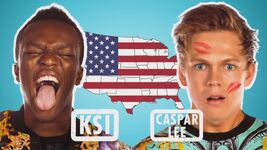 Add a photo to this gallery
Retrieved from "https://sidemen.fandom.com/wiki/Laid_in_America?oldid=35612"
Community content is available under CC-BY-SA unless otherwise noted.