Callum lived in a house with Wroetoshaw and Callux in Bermondsey, Central London. The three previously lived together in an apartment in the Stratford Halo Tower. As of 2020, Cal and Harry moved into a new house in London while Callux bought his own nearby.

He has also stated that he has lived in Scotland, Vietnam, Egypt and Russia.

Calfreezy also has a vlogging channel called "More Calfreezy" that he started in February 2015; the channel has been put on hiatus, as it has not seen a new upload in months and never made videos past its starting month. The channel has 146,000 subscribers.

He plays for a football club named RebelFC and has captained the Youtube Allstars in the sidemen charity matches of 2016 and 2017.

He and Joe Weller previously owned a merch line called wheezy together. However, he recently launched his own merch line with the most recent drops being a limited edition 'TV is Dead' hoodie and a 'Krox World' hoodie.

Some of his most popular collabs with sidemen members include, YOUTUBERS BLINDFOLDED PENALTIES, FOOTBALL SPEED GUN TEST, THE GUESS WHO CHALLENGE, WHICH OF THE SIDEMEN KNOW CALFREEZY THE BEST?.

His content includes a mix of creative original ideas and video trends and his videos usually include his friends and other youtubers.

He recently became KSI’s assistant and has also moved out of the flat he and Wroetoshaw shared together. 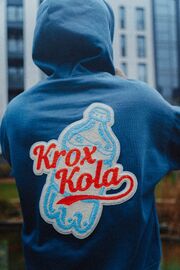 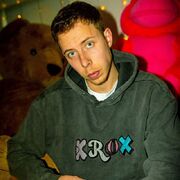 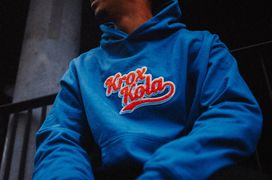