Ethan was born in a hospital in London that was very close to Upton Park (the stadium in which his favourite football team - West Ham United - played until 2016). Ethan's parents divorced when he was very young so his mother, Ruth Payne, brought him up by herself. It is unknown of the current whereabouts of Ethan's biological father who is often joked about in videos. Ruth has appeared in many of Ethan's videos and he bought her a brand new car when his YouTube career took off.

Ethan has also mentioned a few times that he had a step dad at some point, and a "fake family".[1] As Ethan spent a lot of his early life in Essex, he is often stereotyped as "the dumb Essex boy" (as seen by his 'lack of intelligence' during general knowledge games such as Trivial Pursuit).

In his official documentary, How to Be Behzinga, Ethan talks about how his biological father disappeared once his mother became pregnant with him. He also tells that he had a step-father, whom his mother met when he was six months old, but that he left when Ethan was 13 due to drug addiction and debt. Ethan explains that he believed his step-father was his real father until he discovered his parent's divorce papers.

Ethan also revealed that during his childhood, his mum had cancer which ended up being one of the reasons he trained and ran the London Marathon for the Teenage Cancer Trust.

Ethan went to a school called Marshalls Park in Romford in East London. He was once suspended for a week after getting into a fight and embarrassed himself after his trousers fell down when he stood on the teacher's desk. He admits he was always the kid in school who messed about and was constantly getting into trouble. In How To Be Behzinga, Ethan's old learning mentor described him as "a bit disruptive, destructive" and that "school didn't work for him."

He gained a C in GCSE Applied Science, which he claims is "the only C he got" (implying that all of his other grades were below this). He confirmed in a video on his channel that was the only GCSE he didn't fail.[2]

Ethan has never had a 'proper' job as YouTube is all he's experienced. After finishing school at 16 in 2011, Ethan moved to Essex and enrolled in South Essex College to study games development. He passed the course and has this qualification to fall back on "should YouTube ever fail".

Ethan uploaded his first YouTube video on 5 May 2012. The name "Behzinga" came from The Big Bang Theory - one of Ethan's favourite TV shows growing up. Sheldon Cooper often shouted "BAZINGA" when he was being sarcastic and Ethan took the name and altered the spelling slightly.

The whole concept of creating the Sidemen group was originally Ethan's idea. He is one of the five original Sidemen (along with Josh, Simon, JJ, and Tobi), having been there since their creation in 2013. Ethan joined the others on Josh's 21st birthday, after they watched his stream and invited him to a voice hangout with them. The group officially formed the following month and Ethan came up with the name for their call group, which went on to become the name of their YouTube group and brand.

Ethan is now best known for his fitness and lifestyle videos on his main channel, as well as gaming videos on his second channel and his part in the Sidemen.

He is also widely known for his uncontrollable laughter. Ethan is usually the butt of the many recurring jokes within the Sidemen, which in the past heavily involved homosexuality or his weight. More recently, jokes centred around Ethan's missing father figure and his questionable past. He rarely takes offence to jokes, however.

From 2016, Ethan lived in the Stratford Halo in his own flat. In September 2017, Ethan moved out of his flat. He then moved into a new apartment close to the O2 Arena. He stated multiple times that he lived with his friend Charlie who frequently assists in editing his videos and filming for the sidemen. In 2020, Ethan moved once again to another apartment in London, in which he filmed an apartment tour for[3].

Ethan was considered the most immature of the group, finding talking about sex and genitalia to be hilarious. In 2018, Ethan lost a significant amount of weight and stated in the SIDEMEN STRENGTH TEST that he weighed around 85kg[4]. For many years beforehand, he was subjected to a multitude of jokes/abuse about his weight.

Ethan stated in a podcast that he went through a period of depression and heavy drinking as a result of being seriously unhappy with his life and posting videos nearly every day. He went on to say that he no longer feels that way, is more content with himself and is in a better place now.[5] This was also discussed in How To Be Behzinga, and in a video[6] on his channel where he talked about a time in his life in which he was depressed and had gotten to a point of having suicidal thoughts. 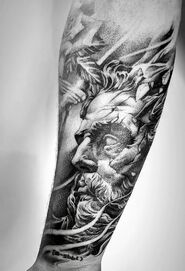 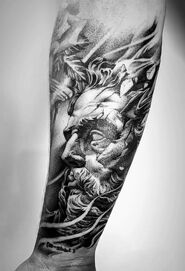 In August 2017, after KSI's joke that he'd be leaving the Sidemen (and cited Ethan as his main reason for quitting), a "war" via social media began. On August 6, Ethan uploaded a video titled "REPLACING KSI IN THE SIDEMEN HOUSE". Up to this point, this video was one of his channels most popular to date. The following day, Ethan uploaded a "diss track" targeting JJ and RiceGum (whom Ethan has had previous disputes within the past). This video became incredibly popular, ended up trending, and gained millions of views within days. It also received extensive criticism but was praised as good quality entertainment. Ethan's diss track was the first of the Sidemen War. Ethan's next 5 videos all focused on the "beef" with KSI and the fallout from his diss track. However, the whole "beef" between him and KSI was clearly just a joke.

Retrieved from "https://sidemen.fandom.com/wiki/Behzinga?oldid=48208"
Community content is available under CC-BY-SA unless otherwise noted.